The Automated Teller Machine, or ATM machines, as we commonly know them by, are a big part of our lives. Today they celebrate their 50th Anniversary!

In 1967, the world’s first ATM machine was unveil ed at a Barclay’s bank branch in Enfield, London. There are now around 70,000 cash machines in the UK. In 2016, customers used them to withdraw and estimate of £180 billion. Despite shifts towards digital and also electronic payments, physical cash, however, remains crucial to our everyday activities. 89% of us use ATM Machines on a regular basis, with the average withdrawal being £69.

The Future of the ATM Machines

While ATMs’ have had a good 50 years, we probably do not expect them to be around in another 50 years. This is due to Debit cards, and also electronic payments now surpassing cash as the preferred method of payment. With the increasing use of smartphone banking apps, and the new cheque-imaging system, ATMs could be something of the past. Furthermore, while banking technology advances, the new cheque imaging system could therefore have a similar impact as what ATMs’ did 50 years ago.

To celebrate this long-standing era of the ATM, the first machine which remains at it’s original location, stands proud in gold spray and with a red carpet to mark its 50th anniversary.

Get in touch with us for more information on our products. 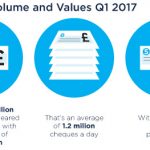 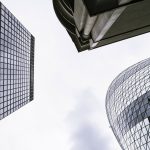 Fast Cash: Cheques to Be Cleared next Day Thanks to New Cheque Scanning TechnologyIndustry news